There were two versions of this film made; this is the short version. Watch for footage of the ridiculously huge vacuum tubes that were used for radio transmission.

From the original 1940 documentation:

With Western Electric Vacuum Tubes in the starring roles, this film tells the fascinating story of tube development from the first crude bulbs of Edison and De Forest to the powerful and efficient tubes in use today, and shows the prominent part they play in radio, long-distance telephony, public address systems, sound motion pictures and the phonograph.

Animated sequences depicting a traffic cop halting an on-rush of electrons inside a tube and a troupe of monkeys tossing pebbles at a grid explain the three-element tube so clearly that a non-technical audience can understand how it operates.

Scenes in the tube shop show the precision workmanship that goes into the making of broadcasting and telephone repeater tubes. The camera moves from one intricate operation to another while skilled craftsmen transform spools of wire and rods of glass into these magic lamps of today. 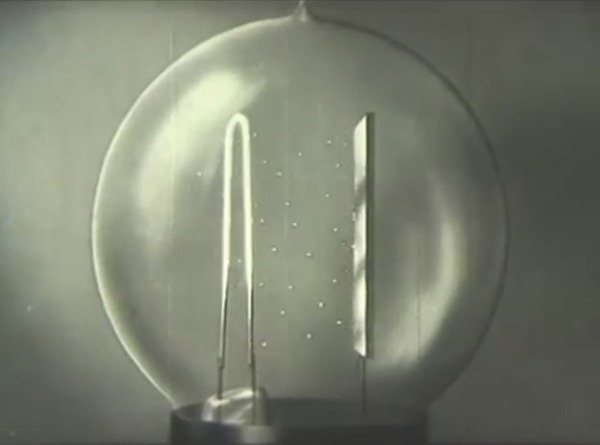 How Far Can Legolas See?

Minute Physics analyzes a claim from the Lord of the Rings movie that elf Legolas can see and count number of horsemen ~24 kilometers away.

There’s a famous scene in Lord of the Rings when the elf Legolas claims to see the horsemen five leagues, around 24 km, away. He even says that their leader is very tall. Is this really possible? Educator Minute Physics reviews how we actually see light, and explains that Legolas most likely couldn’t see that far in real life. Of course, there aren’t elves in real life… 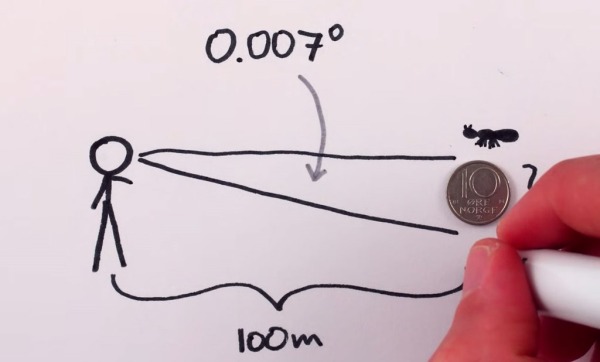 Treating cancer requires aggressive but targeted therapy. Some cancer drugs are too toxic because they damage healthy cells as well as tumor cells. So researchers are trying to develop ways to make sure drugs only target the right cells.

One solution is to attach drugs to antibodies specific to a protein expressed on tumour cells. These drugs are called antibody-drug conjugates (ADCs).

More than two dozen ADCs are currently being used in the clinic to treat diseases like Hodgkin’s lymphoma and breast cancer, and researchers are developing many more. But it’s taken decades to find the right combination of drug, antibody target and linker, and then make sure the right amount of ADC hits the tumor.

In this 3D animation, produced by Nature Biotechnology, we hear about these challenges and the ways ADCs target cells.

NASA’s Orbiting Carbon Observatory-2, or OCO-2, is designed to study the global carbon cycle from a whole new perspective. From its vantage point in polar orbit, OCO-2 will measure atmospheric carbon dioxide, discovering where it is being emitted and absorbed and revealing the roles of humans, plants and oceans on global CO2 levels. 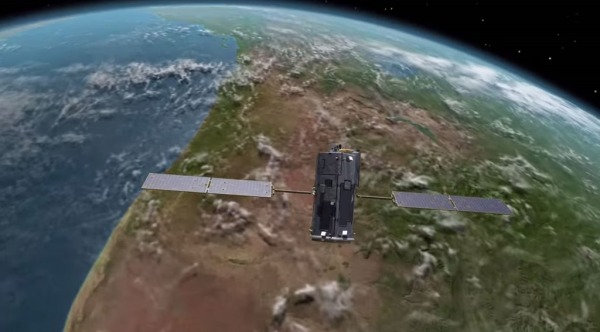 See how NASA’s Orbiting Carbon Observatory (OCO) – 2 spacecraft was assembled ahead of it’s encapsulation into the payload fairing and mating to the top of the Delta II rocket. Launch is set for July 1st 2014. OCO-2 is a NASA mission designed to provide global space-based observations of atmospheric carbon dioxide (CO2), OCO-2 is a rebuild of the satellite after the original was lost in a launch failure onboard a Taurus rocket in 2009.

See how the Delta II rocket was assembled at Space Launch Complex 2W, Vandenberg Air Force Base California for NASA’s Orbiting Carbon Observatory (OCO) -2 mission. This will be the 152nd launch of a Delta II and the first since 2011 due to a recent purchase of 4 of the 5 remaining Delta II rockets by NASA.

The loves and lies of fireflies

Biologist Sara Lewis has spent the past 20 years getting to the bottom of the magic and wonder of fireflies. In this charming talk, she tells us how and why the beetles produce their silent sparks, what happens when two fireflies have sex, and why one group of females is known as the firefly vampire. (It’s not pretty.) 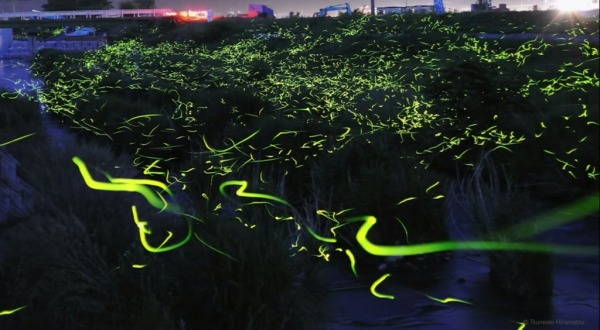 In A Flash: Firefly Communication

Fireflies communicate with a “language of light” that scientists still don’t completely understand. James Lloyd and Marc Branham of the University of Florida, Gainesville, discuss unique flash patterns and times for some of the 2,000 types of fireflies that light up the summer nights.

Since February 2011, the two spacecraft of NASA’s the Solar Terrestrial Relations Observatory or STEREO mission have been providing scientists with unprecedented views of the far side of the sun.

The spacecraft travel at different speeds. This means that over time, the satellites become increasingly out of sync, appearing from Earth’s perspective to drift farther apart, able to observe first the sides and eventually the far side of the sun. Now they are nearing each other once again, this time on the other side of the sun. During this period when the sun blocks Earth’s view — a geometrical position known in astronomy as a superior conjunction — radio receivers on Earth will not be able to distinguish STEREO’s signal from the sun’s radiation. Communication with the spacecraft will cease and the satellites will both go into safe mode without collecting data for a time. This will happen for STEREO-Ahead from March 24 to July 7, 2015. STEREO-Behind will be in superior conjunction from Jan. 22 to March 23, 2015. At least one spacecraft, therefore, will always be collecting data.

Before this occurs, the heating from the sun will also begin to affect – though not shut down — data collection. From wherever they are in space, the STEREO spacecraft aim their antenna toward Earth to send down data. This position puts the antenna fairly close to pointing at the sun, exposing the instruments to more heat than it can safely bear. The antenna can be adjusted to point in different directions, but the signal coming to Earth will be much fainter and won’t allow for as much data to be downloaded. This antenna adjustment will begin on Aug. 20, 2014, for the STEREO-Ahead spacecraft and on Dec. 1, 2014, for STEREO-Behind.

During this phase, STEREO instruments will continue to run 24 hours a day, but they will gather lower-resolution data than usual. Some of this data will be downloaded whenever STEREO can link up with an Earth receiver. The rest of the data will be stored on board to be downloaded when the spacecraft reach a more auspicious geometrical position in early 2016.

To test for this off-pointing from the sun, STEREO-Ahead will undergo tests and not be collecting data from July 6-12, 2014. The same tests will be performed on STEREO-Behind from Sept. 29 – Oct. 6, 2014.

Throughout this entire phase until 2016, at least one STEREO spacecraft will be capturing data at any one time, so scientists will have an uninterrupted record of events on the sun to coordinate with the observations of solar telescopes on the Earth side. Real time monitoring of the sun, its flares and coronal mass ejections – information used by the US National Oceanic and Atmospheric Administration to help forecast space weather — will also continue via a fleet of NASA spacecraft closer to Earth.

How much information is there in Spanish vs English, you vs the world? 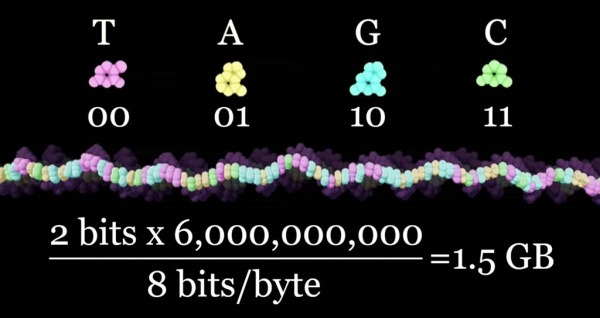 National Geographic photographer David Doubilet teams up with his wife and photographic partner, Jennifer Hayes, to explore the colorful underwater paradise of the East Indies and the icy underwater world of the Arctic. 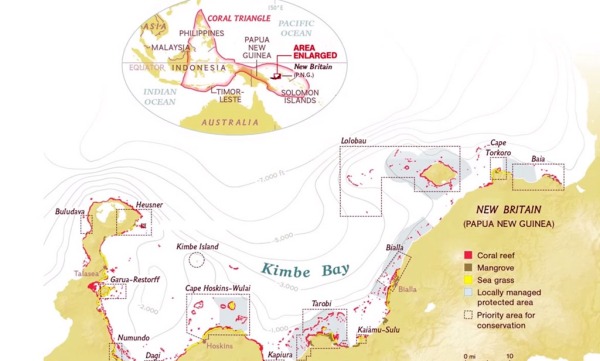 George Takei: Why I love a country that once betrayed me

When he was a child, George Takei and his family were forced into an internment camp for Japanese-Americans, as a “security” measure during World War II. 70 years later, Takei looks back at how the camp shaped his surprising, personal definition of patriotism and democracy.