The Elusive Neutrino and the Nature of the Cosmos

World Science Festival
What Do Neutrino Oscillations Tell Us?
What Do We Know about Neutrinos?
Too Close For Comfort: Neutrinos from Atom Bombs
Raymond Davis Jr: Detecting Neutrinos with Chemistry
Fishy Results Tip Off Neutrino Chasers
The Supernova That Rocked Neutrino Physics
A Telescope Buried in a Gigaton of Ice
Finding New Physics in Quiet Particles
Get a Supernova Alert on Your Cell Phone
Why Getting It Wrong Is Good for Science
What is Cherenkov Light?

The neutrino is among the cagiest of particles, a subatomic wisp so ephemeral it could pass through light years of lead with more ease than a hot knife through butter. Despite its extraordinary abundance in the universe—billions pass through your body every second—this ghostly particle is notoriously difficult to trap, inspiring some of the most sophisticated detectors in science just to study it. A closer look could change everything. The elusive neutrino holds clues to some of the most profound questions in particle physics: What happened in the briefest moments after the Big Bang? Why does the universe contain more matter than antimatter? Join leading researchers as they chase neutrinos and other elusive particles in search of nature’s fundamental order.

Lecture given by Professor Lawrence M. Krauss at the CERN Colloquium on Cosmological Physics.

The last decade or two have represented the golden age of observational cosmology, producing a revolution in our picture of the Universe on its largest scales, and perhaps also its smallest ones. In this lecture, Prof. Krauss will argue that these recent development bring to the forefront some vexing questions about whether various fundamental assumptions about the universe are in fact falsifiable. In this he will focus on 3 issues: (1) “Proving” Inflation, (2) Dark Energy and Anthropic Arguments, and (3) Cosmology of the far future.

In 2014, the potential “smoking gun” for inflation was thought to have been found with the following experimental techniques: Gravitational Waves Detected from The Big Bang?, Super-sensitive, superconducting microwave detectors, built at NIST, and implemented at BICEP and Keck telescope arrays at the South Pole have allowed astrophysicists to find out some of the answers with new observational results.

The Background Imaging of Cosmic Extragalactic Polarization (BICEP) results are indirect evidence for the existence of the elusive gravitational waves from the big bang itself. By using highly sensitive microwave detectors, developed at the National Institute of Standards and Technology (NIST), telescope cameras can detect the polarization direction of photons emitted from the moment of last scattering between the photons and electrons in the plasma of the early universe, before stars and galaxies could form.

These photons make up the CMB Radiation, which radiated outward after electromagnetic radiation decoupled itself from the plasma state of matter in the early universe, as the plasma formed into a gas, making space transparent for the first time. The photons emitted at the moment of last scattering, 13.7 Billion years ago, were gamma ray photons. Since then, they have been travelling almost uniformly, in every direction across the universe. Since the universe is expanding, these photons have stretched with the fabric of spacetime as the universe expanded and this has stretched their wavelength from gamma rays to microwaves.

The apparently uniform pattern of polarization in the CMB can be broken into two components:

However, there are now grave doubts over the validity of the results. The BICEP2 team underestimated how much dust in our own galaxy can polarize microwave radiation, which was tested with ESA’s Planck Mission that observed these effects and compensated for them. In order to salvage any hope of a discovery claim they will have to take more data from BICEP2 and Planck, compensate for the effects of space dust, and then publish the paper before making any announcement as it is a big claim to make, to be sure whether they had in fact seen the first signs of gravitational waves from the Big Bang, or were fooled by the effects of intergalactic space dust. Either way the results were announced too early and without proper scrutiny. The results may yet be salvaged when the results are compensated for the intergalactic dust or they may have to go back to the drawing board and wait for a new series of experiments, including an orbiting satellite for observing B-mode polarization from the CMB. Either way, we are making progress as we now have a real opportunity to answer observational questions that would not have even been asked a decade ago.

An interdisciplinary team of scientists has convened to map the origins of mental illnesses in the brain and develop noninvasive technologies to treat the conditions. The collaboration could lead to improved treatments for depression, anxiety and post-traumatic stress disorder.

How Do X-rays Work?

X-rays were one of the first forms of biomedical imaging and NIBIB’s 60 Seconds of Science explain how they create those images of bones we all know well. 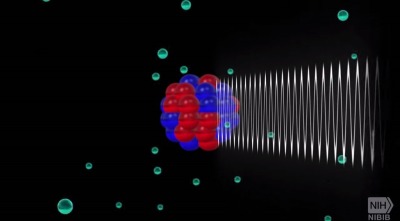 Plato in the Kitchen

The School of Life looks at the philosophy of Plato – in the kitchen.

Forty years ago in east Africa, a team of scientists found a fossil that changed our understanding of human evolution. 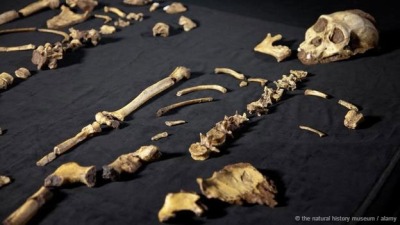 Why Some Countries Are Poor and Others Rich

The reason why some countries are rich and others poor depends on the quality of their institutions, the culture they have, the natural resources they find and what latitude they’re on.

As computing devices progress toward smaller and more efficient designs, Michigan Engineers have taken the lead in millimeter sized units that can perform on many alternating platforms. Dennis Sylvester and David Blaauw, professors of UM’s Electrical Engineering and Computer Science, have developed units capable of harvesting solar power to utilize wireless communication, pressure and temperature sensors and even still image and video processing.

Journey to the Centre of the Milky Way

What lies at the heart of our galaxy? For twenty years, ESO’s Very Large Telescope and the Keck telescopes have observed the centre of the Galaxy, looking at the motion of more than a hundred stars and identifying the position of an otherwise invisible object — the supermassive black hole at the centre of our galaxy.

Embark on a Journey to the Centre of the Milky Way and during seven minutes travel faster than light, from the driest place on Earth, the Atacama Desert in Chile right to the centre of our own galaxy, where a black hole is consuming anything that strays into its path. 84 million stars will appear in front of your eyes, each hiding mysteries waiting to be solved. Are there planets around them, perhaps with moons? Do they have water? Could they harbour life?

Journey to the Centre of the Milky Way is the first fulldome planetarium mini-show produced in-house by ESO for its Planetarium and Visitor Centre, the ESO Supernova, due to open in 2017. Available for free in 4k resolution, the mini-show can be downloaded and used by any planetarium in the world. 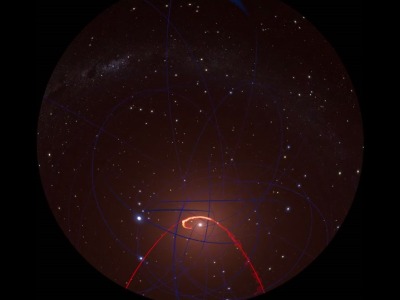 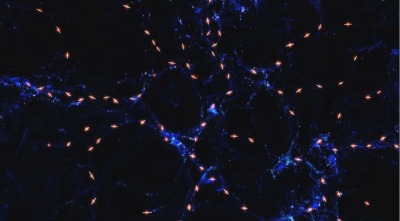 ← Enchanted Objects
I have no special talents, I am only passionately curious. →