Comedian Rufus Hound and his son Alby make soap powered boats and learn how soap affects the way water molecules hold onto each other.

ExpeRimental is a series of videos showing fun, cheap, simple science activities to do with 4-10 year olds. Subscribe for regular science videos: http://bit.ly/RiSubscRibe

Rufus and Alby do a science magic trick with some pepper (or oregano, if that’s your flavour), washing up liquid and water. Watch the flakes shoot across the water at the touch of a finger. They experiment with different liquids, investigating how substances around the house affect the surface of water. The dramatic effect you see is because the soap weakens the pull that water molecules have on each other. As a result, as the soap spreads over the surface of the water, the water is able to pull away, taking the oregano or pepper with it.

This amazing trick can be used to make a great activity. Cut a boat shape out of a drinks carton, with a little space at the back (for the ‘engine’). When you add a drop of soap in the hole, it pushes water out, backwards. The water moving out the back of the boat pushes it forward, just as hot gases coming out of the bottom of a rocket push it upwards.

Why Do Hyenas Laugh?

Are hyenas the most misunderstood animals in the wild? They’re intelligent, they have a sophisticated social order, and their famous laugh isn’t even a laugh. 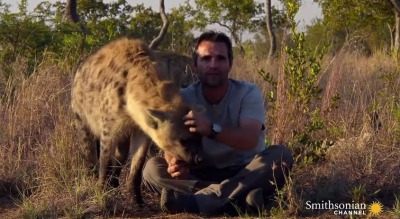 Trusting a Lion with Your Life

While Kevin Richardson has built a lifetime’s worth of trust with the lions and hyenas he cares for, he’s well aware of the risks of getting close to them.

How Lions Choose Their Prey

Hyenas leave a distinct chemical signature in the grass, almost anywhere they go. It contains information about their gender, rank and even dating status. 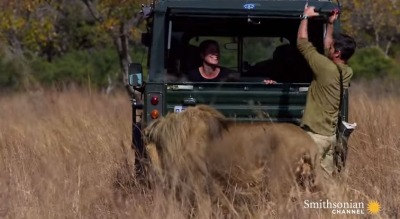 Hyenas leave a distinct chemical signature in the grass, almost anywhere they go. It contains information about their gender, rank and even dating status. 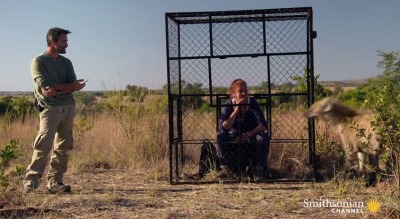 How do owls fly so silently?

A cutting edge experiment reveals how owls can sneak up on their prey. 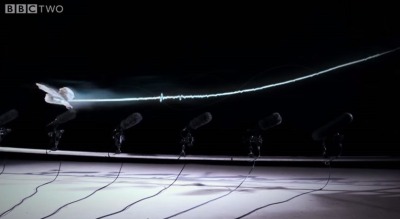 For the first time, a NASA satellite has quantified in three dimensions how much dust makes the trans-Atlantic journey from the Sahara Desert to the Amazon rainforest. Among this dust is phosphorus, an essential nutrient that acts like a fertilizer, which the Amazon depends on in order to flourish.

The new dust transport estimates were derived from data collected by a lidar instrument on NASA’s Cloud-Aerosol Lidar and Infrared Pathfinder Satellite Observation, or CALIPSO, satellite from 2007 though 2013.

An average of 27.7 million tons of dust per year – enough to fill 104,980 semi trucks – fall to the surface over the Amazon basin. The phosphorus portion, an estimated 22,000 tons per year, is about the same amount as that lost from rain and flooding. The finding is part of a bigger research effort to understand the role of dust and aerosols in the environment and on local and global climate.