Video technology and science converge on an active volcano in Vanuatu, where explorer Sam Cossman operated camera-mounted drones to capture high-definition images of the spectacular yet dangerous Marum Crater. Cossman and his team piloted the drones over the 7.5-mile-wide (12-kilometer) caldera while confronting toxic gases and boiling lava. Although two drones succumbed to the harsh environment, the team was able to bring back video and photos that will help scientists learn more about the volcano and the life around it. 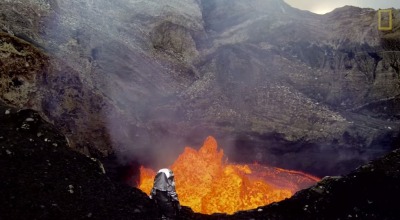 When Did Our Backbones First Appear?

When did vertebrates emerge, asks David Attenborough? An exciting fossil find in China points to a 525-million year old sea-dweller who used its new backbone to swim nimbly away from predators. 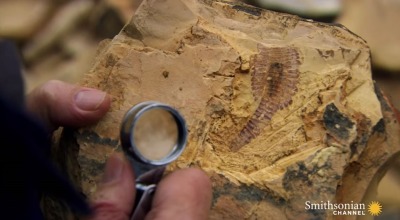 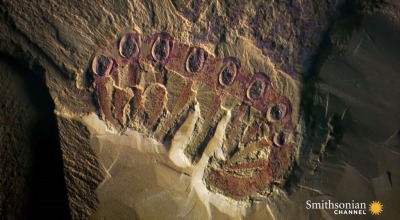 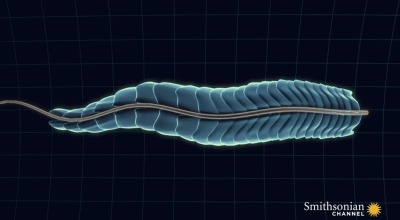 This Crawling Prehistoric Fish Had Some of the First Limbs

A flexible neck and powerful jaws helped early shallow-water predators catch prey. But their limb-like fins would propel them beyond their watery environment. 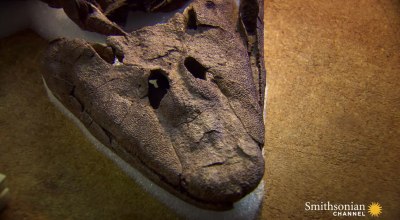 Visualizing the Earth and Beyond with Computer Graphics

Many of us have watched informational visualizations about interesting scientific concepts without giving a second thought to how they were created — but, in reality, there is quite a lot that goes into the making of these often intricately detailed and functional works of art. Scientific visualizations present complicated topics in a digestible way, a process that often involves an entire production team, including the scientists themselves. The result is well worth the time and energy, especially if it means that more people are literate in the complex areas of research illuminated by these talented individuals.

Host Jason Silva illustrates just how much our past frames our future. 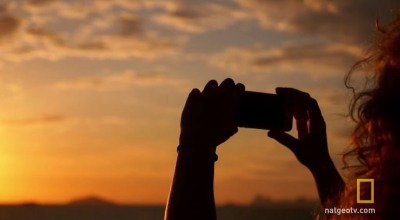 How Do Bacteria Become Resistant?

Liz Bonnin shows us how bacteria spreads and how it reacts when it comes into contact with antibiotics. 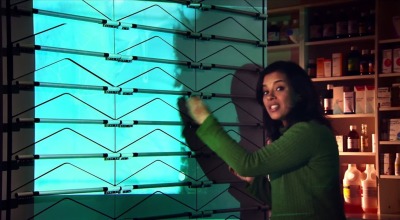 The Neurochemistry of Flow States, with Steven Kotler

Steven Kotler explains the neurochemical changes during flow states that strengthen motivation, creativity and learning. “The brain produces a giant cascade of neurochemistry. You get norepinephrine, dopamine, anandamide, serotonin and endorphins. All five of these are performance enhancing neurochemicals.” Kotler discusses how each amplifies intellectual and cognitive performance.

Transcript: Besides neuroanatomical changes in flow there are neurochemical changes, right. The brain produces a giant cascade of neurochemistry. You get norepinephrine, dopamine, anandamide, serotonin and endorphins. All five of these are performance enhancing neurochemicals, right. So they make you faster, stronger, quicker and they do the same thing with your brain. In the front end of a flow state you take in more information, you process it more deeply meaning you process it using more parts of your brain and you process it more quickly. There’s some debate about this but it does appear that you process it more quickly. This is norepinephrine and dopamine. So when people enter a flow state they talk about feeling like they’re senses are incredibly heightened. This is the performance enhancing aspect of norepinephrine and dopamine.

Where these chemicals really come in handy is how they affect motivation, creativity and learning. We’ll start with motivation. Besides being performance enhancing chemicals these are obviously all feel good drugs, right. These five chemicals are the most potent feel good drugs the brain can produce. As a result flow is considered the most addictive state on earth. Scientists don’t like the word addictive so instead they use autotelic. When something is autotelic it is an end in itself. What it means is that once an experience starts producing flow we will go extraordinarily far out of our way to get more of it which is why researchers now believe flow is the source code of intrinsic motivation. Another thing that those neurochemicals do is they augment the creative process. So creativity is always recombinantory. It’s the product of novel information, bumping into old thoughts to create something startlingly new. So if you want to amplify creativity, you want to amplify every aspect of that process. Again, the neurochemicals help. So on the front end of the flow state when you get norepinephrine and dopamine they’re tightening focus so you are taking in more information per second. So you are boosting that part of the creative process. Norepinephrine and dopamine do something else in the brain which is they lower signal to noise ratio so you detect more patterns. They jack up pattern recognition so our ability to link ideas together is also an enhancer. Taking in more information we can link it together.

Anandamide which is another chemical that shows up in flow doesn’t just promote pattern recognition. It promotes lateral thinking. So pattern recognition is more or less the linking of familiar ideas together. Lateral thinking is the linking of very disparate ideas together, right. So more information per second, all kinds of pattern recognition, lateral thinking. All of it surrounds the creative process and amplifies all of it which is why, for example, studies run by my organization, the Flow Genome Project, we found creativity is increased 500 to 700 percent. To give you another example in a recent Australian study they took 42 people, gave them a very tricky brainteaser to solve, the kind that needs very creative problem solving. Nobody could solve the problem. They induced flow artificially using transcranial magnetic stimulation to basically knock out the prefrontal cortex. They induced artificial transient hypofrontality technically.

Introduction to The Optimized Brain, with Steven Kotler

Flow is technically defined as an optimal state of consciousness where we feel our best and we perform our best. Steven Kotler runs through the neuroanatomic shifts that make it possible. If your guess is that the brain somehow works harder or faster during flow states, you may be surprised to learn that everything actually slows down thanks to what’s called transient hypofrontality.

Transcript: Flow is technically defined as an optimal state of consciousness. A state of consciousness where we feel our best and we perform our best. It refers to those moments of total absorption when we get so focused on the task at hand that everything else disappears. So our sense of self, our sense of self-consciousness, they vanish. Time dilates which means sometimes it slows down. You get that freeze frame effect familiar to any of you who have seen the matrix or been in a car crash. Sometimes it speeds up and five hours will pass by in like five minutes. And throughout all aspects of performance, mental and physical, go through the roof. Underneath the flow state is a complicated mass of neurobiology. There are fundamental changes in neuroanatomy – which is where in the brain something’s taking place, neurochemistry and neuroelectricity which is the two ways the brain communicates with itself. The most prominent of this is the neuroanatomical changes.

So the old idea about ultimate performance – “flow” is what’s known as the ten percent brain myth. The idea that we’re only using ten percent of our brain at any one time so ultimate performance must obviously be the full brain firing on all cylinders. And it turns out we had it exactly backwards. In flow parts of the brain aren’t becoming more hyperactive, they’re actually slowing down, shutting down. The technical term for this is transient, meaning temporary, hypo frontality. Hypo – H – Y – P – O – it’s the opposite of hyper means to slow down, to shut down, to deactivate. And frontality is the prefrontal cortex, the part of your brain that houses your higher cognitive functions, your sense of morality, your sense of will, your sense of self. All that shuts down so, for example, why does time pass so strangely in flow? Because David Eagleman discovered that time is calculated all over the prefrontal cortex. When parts of it start to wink out we can no longer separate past from present from future and we’re plunged into what researchers call the deep now.

Transient hypofrontality is interesting. It was discovered back in the nineties and it had a very negative connotation, it was found in schizophrenics and drug addicts. And then in the early two thousands Aaron Dietrich who was then at Georgia Tech discovered or hypothesized that transient hypofrontality actually underpins every altered state – dreaming, meditation, flow, drug addiction – it doesn’t really matter. And then in 2007, 2008 Charles Limb at Johns Hopkins working with first jazz musicians and second with rappers was looking at flow in those contexts and found that the prefrontal cortex was shutting down as well. Though depending on the altered state you get different parts are shut down. Like in flow one of the most prominent examples is the dorsal lateral prefrontal cortex. It shuts down in flow. This is the part of the brain that houses your inner critic, that nagging defeatist always on voice in your head turns off in flow. And as a result we feel this is liberation right. We are finally getting out of our own way. We’re free of ourselves. Creativity goes up. Risk taking goes up and we feel amazing.

The project at the Flow Genome Project – my mission for the past 15 years has been sort of to reclaim flow research from the hippie community, from the new age community and put it back on a really hard science footing. And really what that took was flow research has been going on continuously at kind of both here in the United State and Europe all over. And it really just took synthesizing all the information and bringing it together and putting it on a hard and neurobiological footing. [TRANSCRIPT TRUNCATED]

Host Jason Silva explains how the brain actually rewards you for conforming to the crowd, and how that reward is hard to resist.