NASA’s Dawn mission will arrive at Ceres on March 6, 2015, and will be the first spacecraft to explore a dwarf planet. Ceres is the largest body in the main asteroid belt. At the time of its discovery in 1801 it was considered a planet and later demoted. 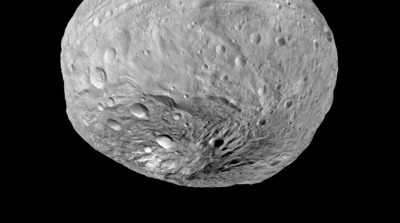 Filmmaker Chris Field captures the beautiful but deadly world of carnivorous plants in his “bio-lapse,” Carnivora Gardinum. The project took over a year to complete, with 107 days of continuous shooting on two cameras. 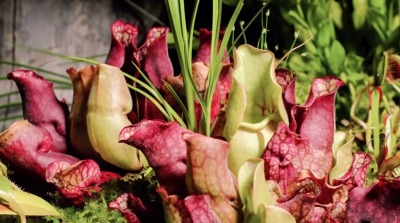 The Large Hadron Collider (or LHC) is the world’s most powerful particle accelerator. In 2012, scientists used data taken by it to discover the Higgs boson, before pausing operations for upgrades and improvements. In the spring of 2015, the LHC will return to operations with 163% the energy it had before and with three times as many collisions per second. It’s essentially a new and improved version of itself. In this video, Fermilab’s Dr. Don Lincoln explains both some of the absolutely amazing scientific and engineering properties of this modern scientific wonder.

How to construct a better narrative over what really goes on in the subatomic world.

Beluga Whales of the Mystic Aquarium

At the Mystic Aquarium in Connecticut, Jonathan gets up close and personal with Beluga whales as he learns what its like to train and take care of these thousand pound marine mammals.

Is the Golden Ratio a Myth?

Is the number 1.618033987, otherwise known as the golden ratio, the secret to perfection? Or is it just a load of old nonsense? Hannah Fry sets out to explain all…

The Hunt for Gravitational Waves

Horizon travels to the South Pole to tell the inside story of the hunt for gravitational waves from the early universe.

In this 1976 interview, a Bell Telephone newsmagazine reporter talks with former executive and scientist John Robinson Pierce about his vision of the future.

Pierce spent 35 years at Bell Laboratories. In 1970, Pierce left Bell to teach electrical engineering at CalTech. He also became Chief Engineer at the Jet Propulsion Laboratory. An electronic music composer since the 1960s, Pierce remained heavily involved in computer music, and in 1980, he worked with Stanfordís CCRMA as a visiting professor of music, where he also was co-credited as discovering a non-octave music scale, called the Bohlen-Pierce scale.

One of his last projects at Bell Labs in the late 1960s was the Network for Block Switching of Data, sometimes referred to as the data ring.

Along with Claude Shannon and Bernard Oliver, Pierce is credited with the co-invention of PCM, pulse code modulation, a method of converting analog signals to digital.

From 1982, Tomorrow’s World takes a look at the beginning of computer generated images.