Negotiating the Nonnegotiable: How to Resolve Your Most Emotionally Charged Conflicts

Before you get into your next conflict, read Negotiating the Nonnegotiable. It is not just “another book on conflict resolution,” but a crucial step-by-step guide to resolve life’s most emotionally challenging conflicts – whether between spouses, a parent and child, a boss and an employee, or rival communities or nations. These conflicts can feel nonnegotiable because they threaten your identity and trigger what Shapiro calls the Tribes Effect, a divisive mind-set that pits you against the other side. Once you fall prey to this mind-set, even a trivial argument with a family member or colleague can mushroom into an emotional uproar. Shapiro offers a powerful way out, drawing on his pioneering research and global fieldwork in consulting for everyone from heads of state to business leaders, embattled marital couples to families in crisis. And he also shares his insights from negotiating with three of the world’s toughest negotiators – his three young sons. This is a must read to improve your professional and personal relationships. 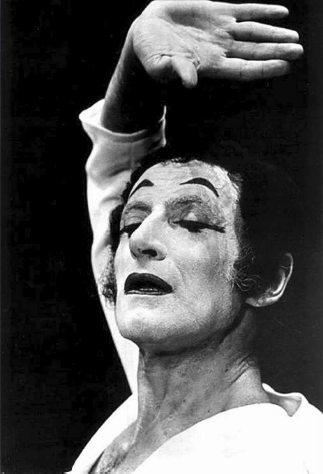 Researchers have discovered three potentially habitable, Earth-like worlds orbiting an ultracool dwarf star 40 light-years away in another star system, according to a study published in the journal Nature.

Using a telescope called TRAPPIST (transiting planets and planetesimals small telescope), astronomers at the European Southern Observatory discovered the planets orbiting the ultracool dwarf star, named TRAPPIST 1, and observed the star over the course of several years and measured changes in brightness. The astronomers detected significant changes in light from the star, planetary transitions that periodically eclipse the steady pattern of starlight.

The ultracool red dwarf star, known as TRAPPIST-1, is half the temperature and a tenth the mass of the sun. TRAPPIST-1 is red, barely larger than Jupiter and too dim to be seen with the naked eye or amateur telescopes from Earth.

Because the host star is not as glaringly bright as most stars, detecting the precise chemical composition of the planet’s atmospheres should be much easier, as the spectral information emitted would not being blurred as much as it would be around a Sun-like star. For this reason, the atmospheres of these planets may be the first to have bio-signatures detected, such as methane, oxygen and ozone.

It is hoped that future telescopes, such as the James Webb Space Telescope, will allow astronomers to observe the shell of an atmosphere if it exists for these planets, and even what chemicals comprise that atmosphere. It will also provide more detailed information about the planets’ composition, temperature and pressure

It is hoped that the next generation of telescopes will also be able to search for the subtle signatures of biomarkers on other exoplanet systems like TRAPPIST-1, as more exoplanet systems are detected in the future.

CERN and the rise of the Standard Model

Curiosity is as old as humankind, and it is CERN’s raison d’être. When the Laboratory was founded, the structure of matter was a mystery. Today, we know that all visible matter in the Universe is composed of a remarkably small number of particles, whose behaviour is governed by four distinct forces. CERN has played a vital role in reaching this understanding. Have we reached the end of the road in understanding nature? Far from it. There is still much to learn about the Higgs boson, the messenger of the Brout-Englert-Higgs field, and many other puzzles remain about how and why matter in the Universe is the way it is.

Optical microscopes cannot distinguish between objects that are closer together than about 200 nanometers – about one two hundredth of a hair’s breadth. The reason for this is the wave nature of light, the half wavelength of which roughly corresponds to those 200 nanometers. The STED microscopy developed by Stefan Hell is the first optical microscope technology to go beyond this magic barrier, enabling researchers to gain fascinating insights into the nanoworld.

NASA’s history with nuclear thermal propulsion (NTP) technology goes back to the earliest days of the Agency. The Manned Lunar Rover Vehicle and the Nuclear Engine for Rocket Vehicle Applications programs ran from soon after NASA’s inception in 1958 until 1972. Since then, consistent recognition exists that an NTP-based vehicle design remains an important and viable option for exploration of Mars and beyond. NTP offers virtually unlimited energy density and a specific impulse roughly double that of the highest performing traditional chemical systems. 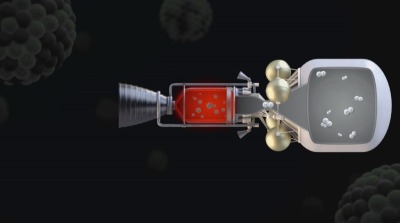