Scientists have managed to prove pomegranates anti-aging potential: intestinal bacteria transform a molecule contained in the fruit with spectacular results. Although tests in humans are still underway, scientists have already published the initial promising results from animal studies in the journal Nature Medicine.

The innovative design of DARPA’s Space Surveillance Telescope (SST) allows for a short focal length, wide field of view, and a compact optical train. The SST’s mirrors are some of the steepest aspherical curvatures ever to be polished and allow the telescope to have the fastest optics of its aperture class. These features combine to provide orders of magnitude improvements in deep space surveillance.

An unassuming brown pebble, found more than a decade ago by a fossil hunter in Sussex, has been confirmed as the first example of fossilised brain tissue from a dinosaur.

The fossil, most likely from a species closely related to Iguanodon, displays distinct similarities to the brains of modern-day crocodiles and birds. Learn more here: Fossilised dinosaur brain tissue identified for the first time

The 2016 Flame Challenge asked the world’s top scientists to answer a deceptively simple question: What is sound? In response, acoustician Whitney Coyle, who is also a trained musician, demonstrated key aspects of sound–timbre, pitch, harmonics–by playing various notes on a flute. 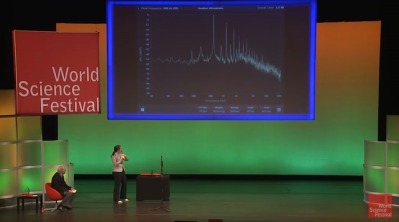 With the aid of pioneering Ultrasound surgery, a patient with Parkinson’s is treated for debilitating tremors. 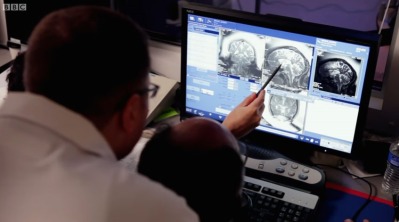 ← Brightening the Future through Brain-Controlled Bionics
My picks, 2016-12 →