A thorough examination of the life and work of one of histories greatest mathematicians, the “Shakespeare of Numbers”, Leonhard Euler: http://www.gresham.ac.uk/lectures-and…

The transcript and downloadable versions of the lecture are available from the Gresham College Website: http://www.gresham.ac.uk/lectures-and… 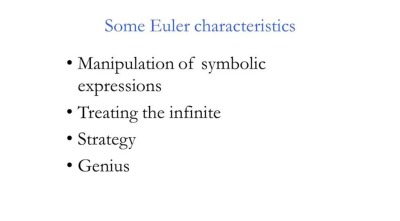 Using indium antimonide nanowires it may be possible to create a pair of Majorana fermions that form the basis of the topological qubit. ‘Standard’ qubits have been implemented in diverse physical systems. Now, so-called topological qubits could potentially be used for decoherence-free quantum computing.

Majorana Fermions are quasiparticles, theoretically predicted to form as excitations in superconductors. Majorana Fermions are their own antiparticles, this becomes possible because the superconductor imposes electron hole symmetry on the quasiparticle excitations. This creates a symmetry which is similar to the concept of the Dirac Fermion except that the quantum states for creation and annihilation are identical under the same order exchange operations. Majorana fermion bound states at zero energy are therefore an example of non-abelian anyons: interchanging them changes the state of the system in a way which depends only on the order in which exchange was performed. The non-abelian statistics that Majorana bound states possess allows to use them as a building block for a topological quantum computer.

The team from the Kavli Institute of Nanoscience at Delft University of Technology in the Netherlands reported an experiment involving indium antimonide nanowires connected to a circuit with a gold contact at one end and a slice of superconductor at the other. When exposed to a moderately strong magnetic field the apparatus showed a peak electrical conductance at zero voltage that is consistent with the formation of a pair of Majorana bound states, one at either end of the region of the nanowire in contact with the superconductor. 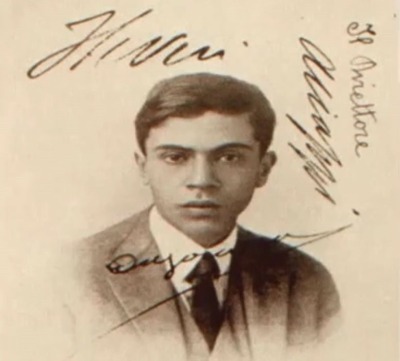 This 1979 film examines a Bell Laboratory research project conducted by Kenneth Knowlton and Vivien Tartter. The team devised a way of using 27 points of light placed on an individual’s hands and face to allow the hearing impaired to use American Sign Language (ASL) to communicate remotely. The goal was to find a way to take images of the points of light at each end of a conversation so the images “could be coded to the capacity of one telephone line.” Thus ASL, the primary language for most deaf people, could be used to conduct conversations over standard telephone lines, without requiring any greater capacity than a regular phone call.

Knowlton was a prominent figure at Bell Labs for many years and is well represented in other videos here on the AT&T Archive Channel. At the time this film was made Tartter was a linguist at Rutgers University and continues today as a professor at City College in New York.

In 1981, two years after this video, Tartter and Knowlton published a paper in the scientific journal Nature detailing their work and findings at Bell Labs. The article, “Perception of Sign-Language from an Array of 27 Moving Spots,” details the methods and results of the project, including a transcript of a sign language conversation conducted via television using their method. The paper concludes that the “demonstration suggests the possibility of developing a sign language telephone.” A New York Times article about the published piece soon followed and the subject drew attention in newspapers across the country.

While the system the team conceived was never developed into a final, usable technology, it is a fascinating step in the long procession of efforts to find ways for the deaf to use the telephone for communicating, as in 2009 when AT&T received the TDI James C. Masters Promotion Award “for providing innovative products and services that address the needs of people who are deaf or hard of hearing.“

How Did We Get Here? – Dangly Bits

Now take a wild guess about what this episode’s about. A part of the body that has caused one half of our species most angst. Should we stop comparing this particular piece of anatomy with others? What can we learn from the animal kingdom? Hint. Does size matter? Find out in this latest episode with UNSW Australia’s Darren Curnoe. 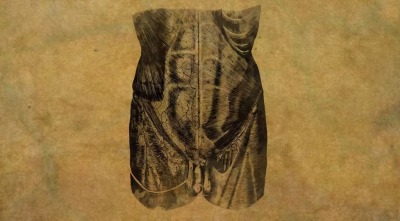 Carbon Waste will be Worth More Than the Fuel

Ken Losch on the future of energy production and how what we now see as waste will be valuable.

Researchers at North Carolina State University are training a swarm of unlikely heroes. By placing an array of microphones and electrode sensors onto a small circuit board, they’ve created what they call a “backpack” to be worn by Madagascar hissing cockroaches. The backpacks pick up sounds and help control the insect’s movement. A researcher uses a joystick to steer the roach toward the sound source. This technology could help first responders find survivors in the aftermath of a disaster.

A vision of humanity’s expansion into other star systems, (2015 Documentary Preview) Space Exploration – “Wanderers”, based on scientific concepts of what our future in space might look like.

Our Univers
Milky Way
God of the Universe?

The European Organization for Nuclear Research (CERN) has reopened the Large Hadron Collider, the world’s largest and most powerful particle accelerator. The LHC returns to service after technological improvements and will continue to aid scientists in further study of our universe, including the Higgs boson particle and beyond. 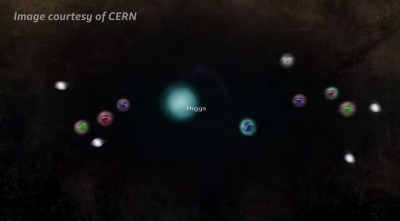 A Week in the Life of Rain

Rain, snow, hail, ice, and every slushy mix in between make up the precipitation that touches everyone on our planet. But not all places rain equally. Precipitation falls differently in different parts of the world, as you see in NASA’s new video that captures every shower, every snow storm and every hurricane from August 4 to August 14, 2014. The GPM Core Observatory, co-led by NASA and the Japan Aerospace Exploration Agency (JAXA), was launched on Feb 27, 2014, and provides advanced instruments that can see rain and falling snow all the way through the atmosphere. This Core Observatory serves as the reference standard to unite preciptiation observations from a dozen satellites, which together produce the most detailed world-wide view of everything from light rain to heavy rain and, for the first time, falling snow. Scientists merged data from 12 precipitation satellites into a single seamless map called the Integrated Multi-satellite Retrievals for Global Precipitation Measurement (GPM), or IMERG. Every 30 minutes, IMERG generates a new global map with a resolution of 10 kilometers by 10 km (6.2 miles by 6.2 mi), about the size of a small suburb. These comprehensive maps allow scientists to observe changes in precipitation patterns across 87 percent of the globe and through time.

← What we observe is not nature herself, but nature exposed to our method of questioning.
There is nothing new to be discovered now →