How Toyota Changed the Way We Make Things


Don’t make irreversible decisions in the first place; delay design decisions as long as possible, and when they are made, make them with the best available information to make them correctly.

The Japanese Car Company is a corporate behemoth – but it’s done much more than just give us Corollas or Land Cruisers. It’s changed the way the world makes products. Here’s how.

Toyota knows how to make cars. It does it so well, it became the first company to produce more than 10 million cars a year. Its success is rooted in a special system and began what is now known as lean manufacturing and its ethos is emulated by companies around the world to make products faster, cheaper, and better.

Here’s how Toyota changed the way we make things.

Following the 2nd World Warm Japan was left in a precarious economic position. Steel and other metals are scarce. Already disadvantaged by lacking natural resources materials were hard come by, the companies had to be creative to compete.

Toyota’s founder, Sakichi Toyoda started a loom business, but it was his son Kiichiro who founded a motor company in 1937. 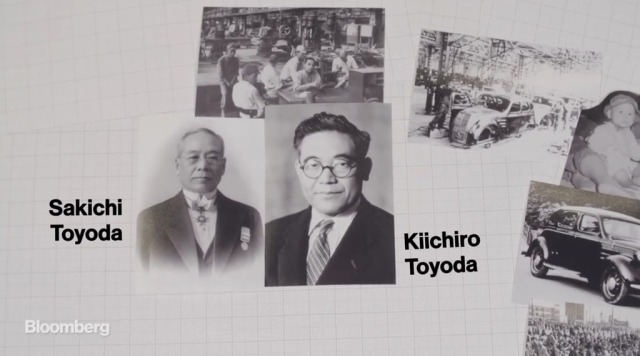 Then he used to work with narrow margins. As the shortage of materials increased during the war the number of head lamps on his model truck was reduced to one and it only had brakes on one of the axels.

The turning point for Toyota’s production system would come in the early 50’s when Kiichero’s cousin Eiji travelled to the US with a veteran loom machinist Taiichi Ohno.

They visited Ford’s River Rouge plant in Michigan and were impressed by the scale of the operation but knew that in cash-strapped Japan companies didn’t have the resources for such a system. Having months’ worth of stock sitting in a warehouse would tie up precious capital they didn’t have. Instead, what truly impressed Ohno was a visit to a supermarket at Piggly Wiggly, according to a legend.

Japan didn’t really have self-service stores at this point and he was struck by the way customers could choose exactly what they wanted when they wanted. He decided to model his production line on a similar idea. With the supermarket formula only enough parts were produced in the first phase to replace what was used in the second, and so on. This is where the Just-in-time System really took shape. Toyota was able to eliminate much of the waste in Ford system making smaller numbers of parts to be used when it needed them allowing the company to operate on a tighter budget. As part of this Ohno developed Kanban, a sign based scheduling method which shows goods-in, goods-in-production and goods-out. It’s now seen as a precursor to barcodes.

Ohno and Toyoda also noticed that American car companies were still employing many of Henry Ford’s early production techniques. They kept operations at full tilt in order to maximize efficiencies of scale, but then had to repair defective cars after they rolled off the line. 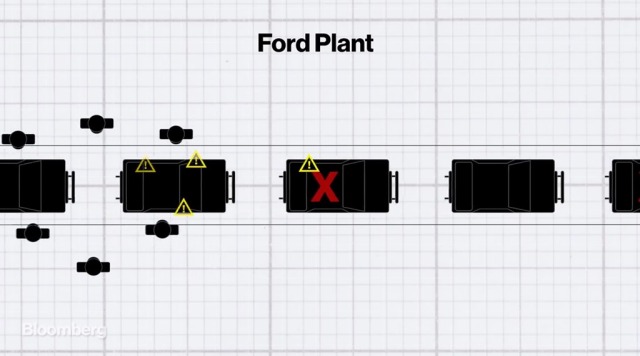 Ohno believed this caused more problems and didn’t encourage workers or machines to stop making the mistake. So he placed a cord at about every station which any worker could pull to stop the entire assembly if they spotted the problem. The whole team would work on it to prevent it from happening again. As teams identified more problems the number of errors began to drop dramatically. 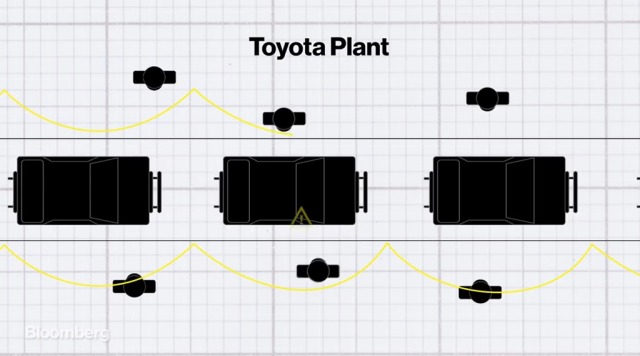 But Toyota was also getting good at producing cars quickly. In 1962, the company had produced 1 million vehicles. By 1972 they produced 10 million.

It was around that time that the efficiencies of their factories enabled Toyota to produce a car every 1.6 man hours, much lower than their competitors in the US, Sweden, and Germany. And as the oil crises of the decade sent gas prices higher, cheap to run Japanese cars became much more appealing to Americans as powerful but gas guzzling vehicles suddenly became very expensive to run.

Today Toyota has made over 250 million vehicles.

Others have looked to them to learn the lessons of Lean, combining craft with mass production, avoiding waste while striving for constant improvement. Boing is perhaps the most famous, restructuring a plant to better suit TPS.

Toyota’s production system changed not just how cars are made lovely but how we approach making things from staff. It also showed that there’s always a better way to make a product.

Companies such as Honda and Toyota put a premium on rapid, concurrent development and the ability to make changes late in the development cycle.

Toyota and Honda had discovered a different way to avoid the penalty of incorrect design decisions: Don’t make irreversible decisions in the first place; delay design decisions as long as possible, and when they are made, make them with the best available information to make them correctly.

← There is energy and there are magnetic fields! And there is nothing else!
History of the C family of languages →